Andy was born in Rugby in 1955 to George and Jessie Fenton. Dad was a turner with a local engineering company, and mum worked at the local factory which employed half of the town. He was Cross Country Town champion for a number of years, and for Warwickshire schools, being a member of the English Schools winning team in 1970. Andy also played football for Coventry City as a schoolboy. He first picked up a guitar aged 17, an old acoustic left at his house by his cousin, plus a beginner’s book, and as part of comedy band ‘The Measles’, went to Gibraltar in 1985 and had trips to India between 2008 and 2015 with ‘The Floydsound’. He also plays with ‘Hellzaboppin’, ‘After the Lights’ and ‘Little Pig’. 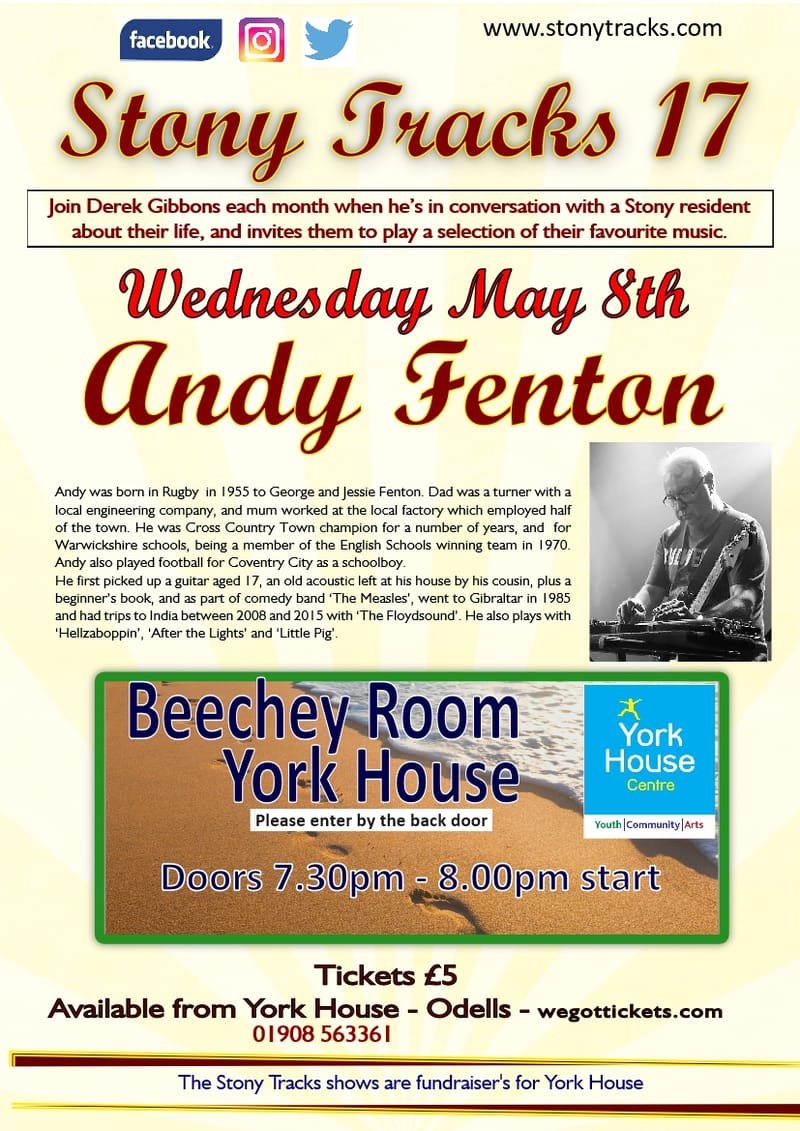