Paul was born in Beckenham Kent in 1947. His father was in the RAF, and his Mother was a veterinary assistant. When he was 15 he joined the Junior Leaders Regiment Royal Armoured Corps to begin training as a British Soldier, transferring to the Second Royal Tank Regiment when he was 18. When he left the army, he became a drummer, then a roadie, a technician and a pyro-technician for some of the top pop and rock stars of the 70's 80's & 90's, including Bob Geldof, Hot Chocolate, Gary Numan, Toto, Sister Sledge, Pil, and Suzi Quatro to name just a few. Paul is also a damn fine drummer, and played with local bands 'Out of the Wood” and Penda's Fen. Suzi Quatro wrote the foreword to Pauls recently published book of memoirs "Access-all-Areas" which you can buy at the show at the reduced price of £10 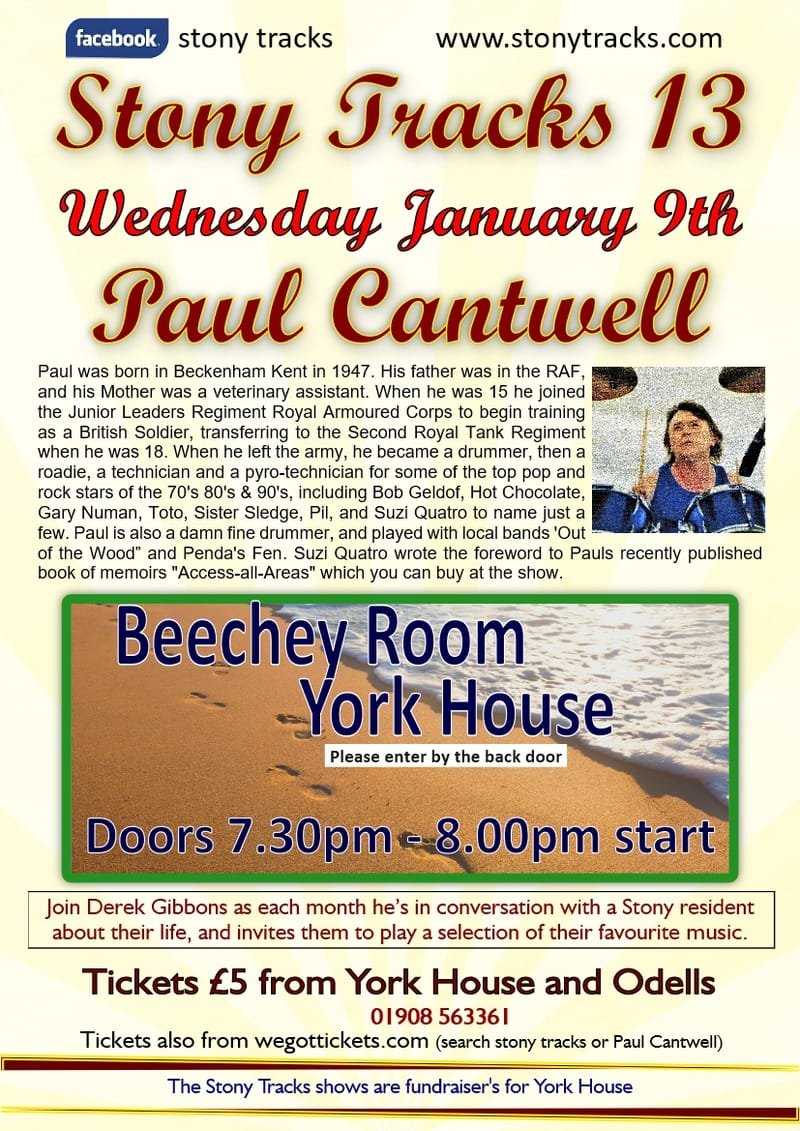