I keep being told I should be the interviewee rather than the interviewer at one of the shows , so I thought I'd be the guest for the 1st Anniversary show. Ken Daniels (who was my first S.T. guest) will be asking the questions 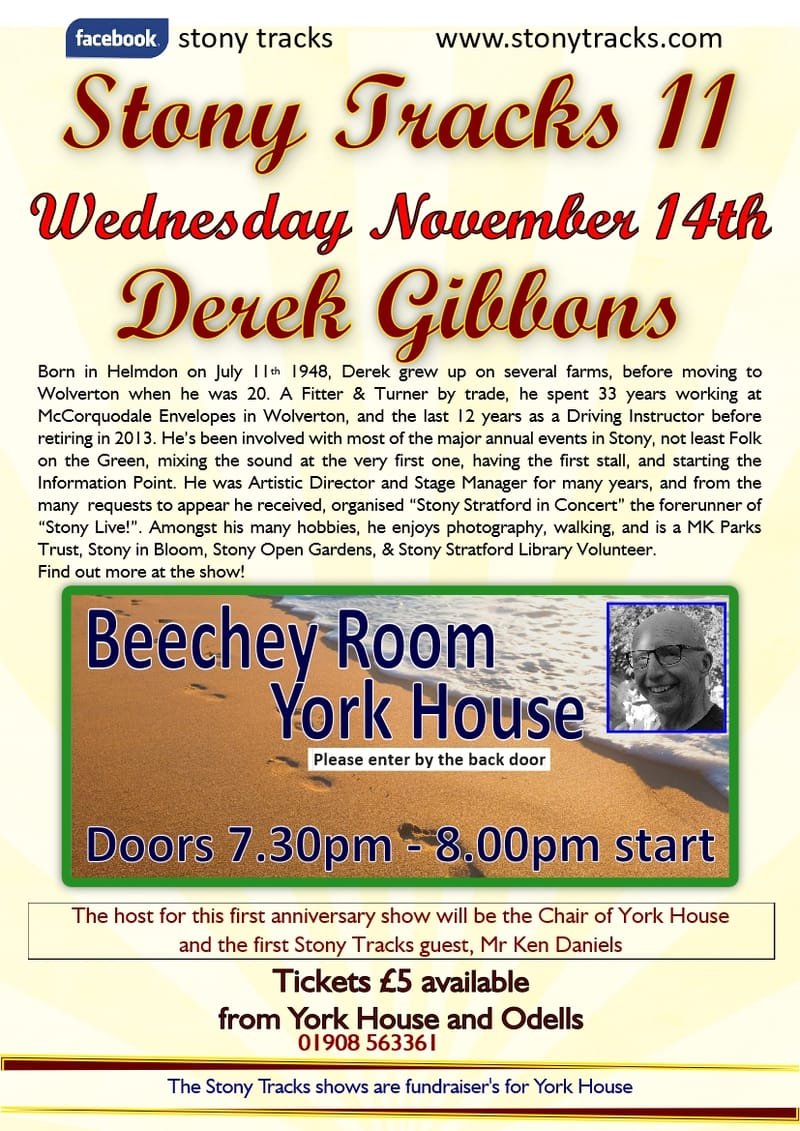 Born in Helmdon Northants on July 11th 1948, Derek grew up on several farms, before moving to Wolverton when he was 20. A Fitter & Turner by trade, he spent 33 years working at McCorquodale Envelopes in Wolverton, and the last 12 years as a Driving Instructor before retiring in 2013. He’s been involved with most of the major annual events in Stony, not least Folk on the Green, mixing the sound at the very first one, having the first stall, and starting the Information Point.

He was Artistic Director and Stage Manager for many years, and from the many requests he received from performers to appear, organised “Stony Stratford in Concert” the forerunner of “Stony Live!”. His hobbies include photography and walking, and he is a MK Parks Trust, Stony in Bloom, Stony Open Gardens, & Stony Stratford Library Volunteer, and a Trustee of York House.

He has also been the chair of the MK Arts Association Music Panel, researched and acted for Stantonbury Campus Theatre, and been a Director of the Milton Keynes International Festival of Folk Art (not the current MKIF). All this arty stuff was a wonderful antidote to working for over 30 years in a factory making envelopes.